With everyone making nice – apart from Dijsselbloem – ahead of the weekend, we thought some reality checks were in order…

This whole Greek debt «face-off» with the rest of Europe is so comical. First of all, as previously mentioned, there is NO way that Greece will EVER pay off all of its debt. And its ability to even service [interest payments] its debt is questionable.

So, really, if you are a creditor to Greece what are you to do? You are definitely going to get «stiffed». The question: Can you recover even some of your principal? In this case probably not a lot.

In this case the Euro-Zone is the bank…and they are owed > $315B. Greece is the poor little client with no practical chance of repaying any of this debt.

The Euro-Zone is well aware of this predicament. The worst case scenario for them is Greece «flipping them the bird» as they wave goodbye to the euro.

The write-downs would be massive, capital would have to be raised to replace it, the economic disruption to all of Europe would be substantial and other large creditor countries to the Euro-Zone [Italy and Spain] may be tempted to copy Greece’s move and just «bolt» from the EU.

And…the future of the Euro-Zone could actually be in peril and that is dangerous to the entire global economy. The Euro-Zone’s leaders are sure to be receiving phone calls from their free world counterparts.

The Euro-Zone’s position towards Greece and its new political leaders…just stay the course, pay your bills and do not «rock the boat»…you were the one’s stupid enough to take all of this money and squander it while we were stupid enough to give it to you. Somehow…..some way…..we’ll get through this economic predicament.

To Greece’s new leaders the Euro-Zone’s position is a non-starter. Apparently day to day life in Greece, for the average working «stiff», sucks…and surely must initiate doubts about whether life could really be any worse if Greece were to voluntarily exit the euro.

The massive budget cuts and austerity measures imposed on a population accustomed to socialism do not seem to work. That is why the prior government was voted out and the new, younger regime has taken the reins.

Their basic message to the Euro-Zone [the political platform that got them elected] was to reject the previous government’s debt inducing policies and ask for a massive change in strategy. Of course, the Euro-Zone leaders initially told them to «piss-off».

But…..alas….Greece’s leaders have a brilliant idea to solve all of these lingering problems and, of course, it has to do with money printing. Greece has suggested that the Euro-Zone’s central bank [ECB] simply purchase most of Greece’s near term [5 years] maturity debt and actually deliver the proceeds back to Greece.

Greece’s message to the Euro-Zone amounts to…since you are starting an indefinite debt monetization program in just two short months…why not include us in the money printing party too even though our ability to repay our obligations is essentially zero?

Hey…..we’ll even pay for the paper and ink….with the money you’ve already given to us.
Everybody wins….no write-offs for the Euro-Zone, a little breathing room for Greece, the euro depreciates even more [an objective of debt monetization] and when Greece, inevitably defaults, the ECB can just print more money for them, once again, to defer the inevitable pain.

«In your face» Euro-Zone. Greece outsmarted you at the negotiating table and you will likely acquiesce to their creative requests…..in all of your money printing shame…..or is it just a dubious honor?

HOW ABSURD HAS ALL OF THIS REALLY BECOME?…….I SUPPOSE NOT ABSURD ENOUGH…YET. 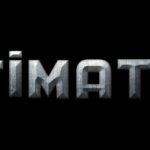 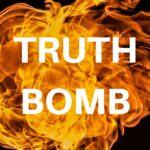 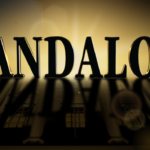